In 1908, in a promotional effort, representatives of the Weed Chain Tire Grip Company challenged the master magician Harry Houdini to escape from a prison created by their product. According to “The Secret Life of Houdini,” by William Kalush and Larry Sloman, Houdini was enmeshed in a series of looped, locked tire chains, then chained into two steel-rimmed automobile tires. At one point during the escape, the chains had to be moved lower, as Houdini was turning blue from one of them binding his throat; he was then able to release himself. Houdini performed this famous stunt during a weeklong engagement at Hammerstein’s Theatre in New York. 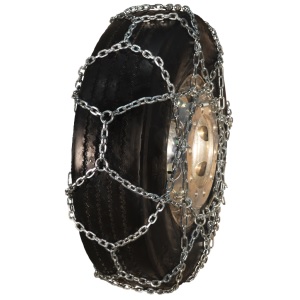 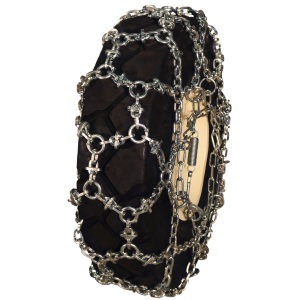 Depending on customer requirements, we can also make SPECIAL SNOW CHAINS for every available wheel size and vehicle weight/power. Our snow chains are properly tested for tensile strength, heat treated, and adequately protected against galvanic corrosion. Catalogue 2013

In our online store you can find snow chains for tractors, trucks and forklifts.
Shop

We are using cookies to give you the best experience on our website. You can find out more about which cookies we are using or switch them off in settings.

This website uses cookies so that we can provide you with the best user experience possible. Cookie information is stored in your browser and performs functions such as recognising you when you return to our website and helping our team to understand which sections of the website you find most interesting and useful.

Strictly Necessary Cookie should be enabled at all times so that we can save your preferences for cookie settings.

If you disable this cookie, we will not be able to save your preferences. This means that every time you visit this website you will need to enable or disable cookies again.